Who would have thought that I would ever write about football? Probably nobody and least of all me. A premiere is taking place here and you can be there! But more on that later …

After I had already dared to do the #BluRoutes at the fitness weekend at the 4 * Hotel Radisson Blu in Hamburg, I went to the Health & Sport Botanical Spa , the wellness oasis above the roofs of Hamburg. Not only the hotel guests of the Radison Blu can indulge themselves here. In the Health & Sport Botanical Spa everyone can do something for their personal wellness and fitness. There is modern cardio and strength equipment, a sauna area (steam bath, sauna and women’s sauna) with a view of the Planten un Blomen Park, as well as massages and various cosmetic offers.

Flooded with endorphins from the #BluRoutes run, or the #BluRouts bike tour, which will be renamed the “Hollywood Tour” in the future, and for this reason, I was more into strength training than beauty treatments. After all, I want arms like Madonna in the summer – you will surely remember my resolutions for the # Fit40up project.

At home I have a small set of dumbbells with the weight classes 1.5 kg, 2 kg and 4 kg. Of course, this is no comparison to the equipment found in the Health & Sport Botanical Spa of the Radisson Blu: the most modern cardio and strength machines, with which you won’t miss the fitness studio at home. The barbell was hot, so I swung on the elliptical machine to warm up. I really love it at home, so do a couple of laps with a view of Planten un Blomen.

So while I am working my way through the workout range of dumbbells and in the sweat of my brow, the man snuggles into the hotel’s own bathrobe, grabs a few towels and disappears in the direction of the steam bath. Something like that is called emancipation – strength training for women and wellness for men. 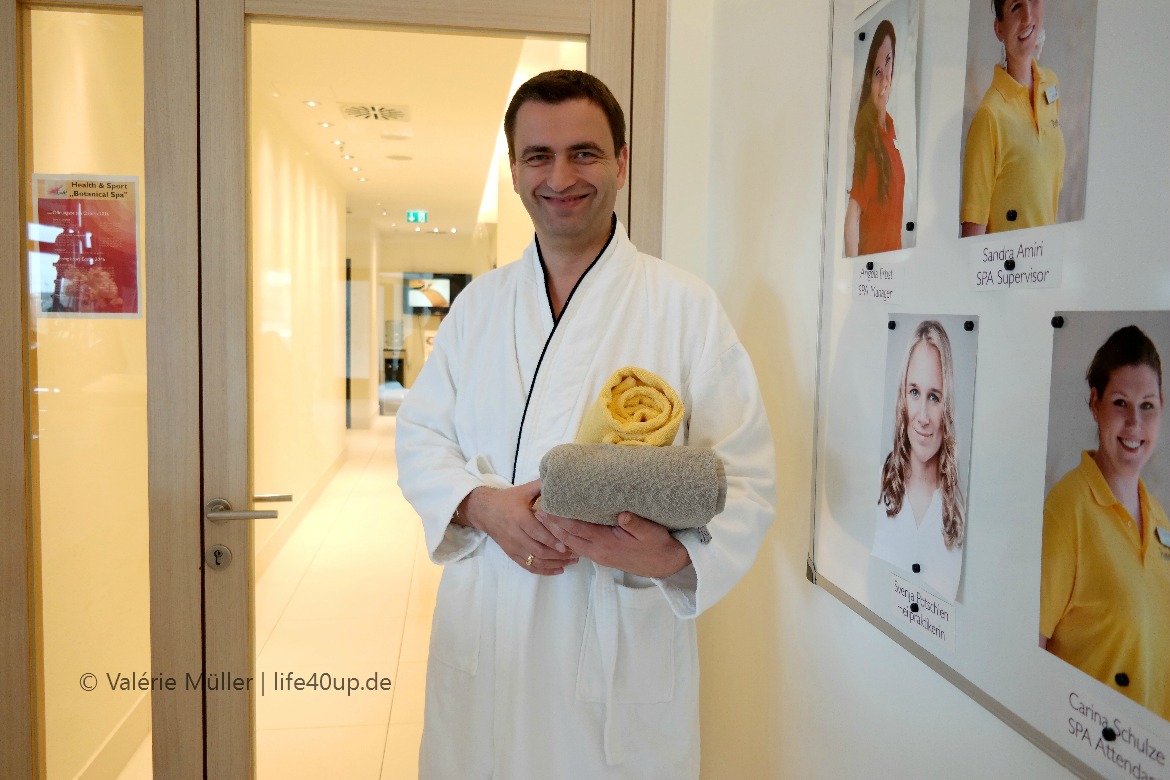 In my life so far, I’ve always got around the subject of football well. None of my friends had football ambitions and none of them were so obsessed with football that every game had to be watched on television. At European and World Cups I let myself be carried away by the German football craze, but otherwise the game is just too boring for me. As a former active handball player, it just takes too long for the players to get on the opposing side to score a goal.

That I took part in the St. Pauli stadium tour is almost a miracle. If we just explain it with my interest in architecture, then it’ll work. So if you want to take a look, this is what the stadium looks like from the outside. Pretty interesting, isn’t it? 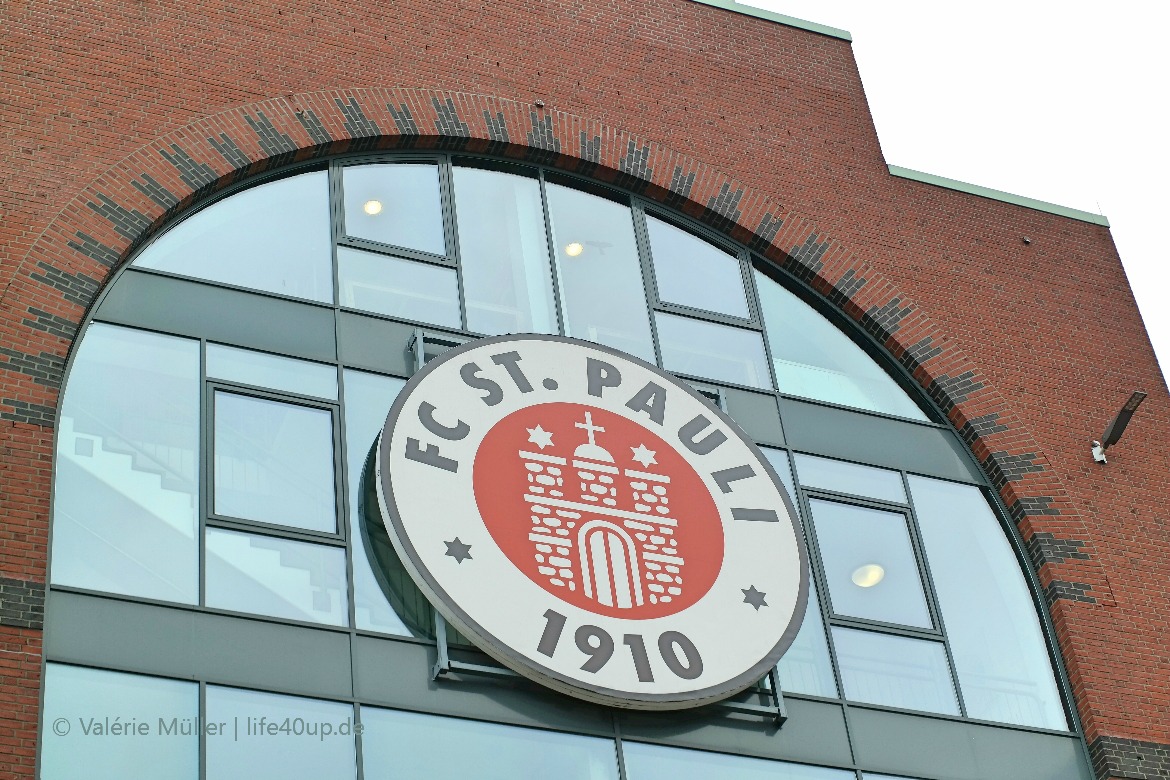 A highlight of the tour for football fans: a visit to the home cabin! The female participants of the tour approached the showers hopefully – unfortunately there weren’t any footballers exhausted from the game to demonstrate the function of the ice bin. The man wasn’t ready to jump in, or jump in, so you can let your imagination run wild if necessary.

I have to admit that not much of the very entertaining tour stuck with me. On the one hand, because football is not my passion, and on the other hand, because the Millerntor Stadium offers so many attractive photo opportunities, it’s hard to believe. Armed with my camera, I walked around in all possible and impossible corners of the stadium throughout the tour to get the best perspective. Incidentally, it is strictly forbidden to step on the lawn, so don’t even try. Or give it a try and experience how Hamburg’s escape tirades pour over you. Just kidding.

Now it’s getting intimate. Anyone who is a real St. Pauli football fan or any other important person in Hamburg’s public life can treat themselves to a seat in one of the 39 boxes, some of which are bizarre. I already know at which image the feminists among you will scream out …

Hold a soccer press conference once, that’s it! At St. Pauli this is (almost) possible. At least you can try to sit on the podium and explain important moves to the other visitors. For me it was a flashback to the past, as I once sat behind such a podium as a press officer.

All in all, the Millentor Stadium surprised me positively. It’s not a huge stadium, and that’s what makes up a lot of its charm. It is cute, it is lovingly cared for, it has heart and character and these funny boxes and a view of the Hamburg DOM. There used to be a mirabelle tree in the stadium. During the game, the fans picked the mirabelle plums and passed the filled buckets through the entire stadium. It should be planted again. Maybe one day I’ll watch a soccer game – in St. Pauli!

If you are now in the mood for fitness & football in Hamburg, the following links will surely help you:

In the third and last post about our fitness and marriage weekend in Hamburg, I’ll tell you everything about the sex and the city feeling at Radisson Blu: sinful cocktails, beautiful women and a man who was allowed to do hot things. Stay tuned …

Many thanks to pureGLAM.tv for the invitation to Hamburg, as well as to the Radisson Blu Hamburg for their hospitality, the fitness program and the excellent food!